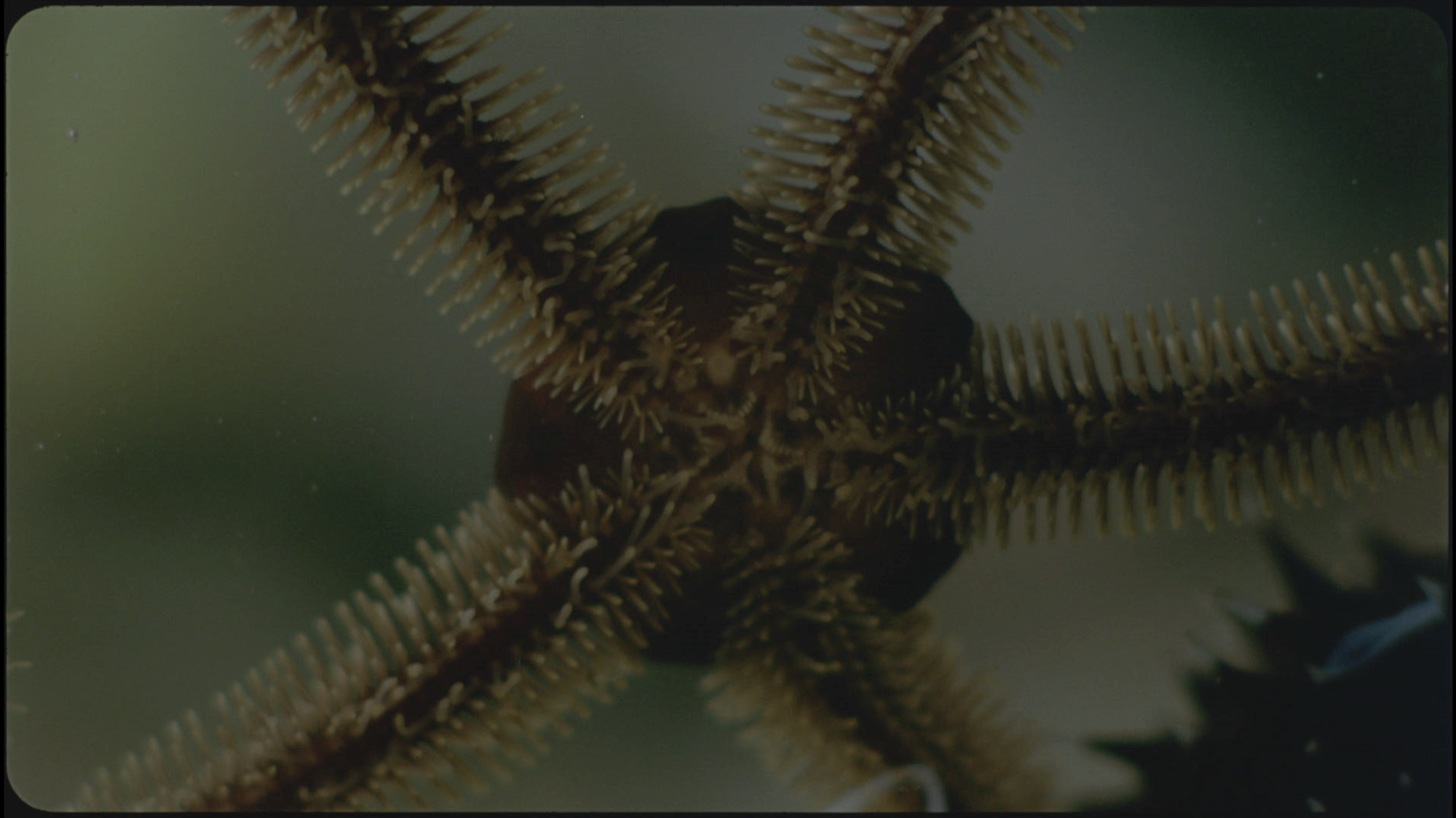 As part of the Margaret Tait 100 centenary celebrations, a screening of two films by Margaret Tait and Margaret Salmon, both exploring coastal ecosystems.

Directed by award-winning director Margaret Salmon and shot on 35mm, Cladach (2018) is an observational portrait of a place, the shoreline of the Wester Ross Marine Protected Area, and the community bordering it in Ullapool. Town life and activities filmed provide an entrance into the rhythm of the local, and a space to allow different attitudes and ideas around coastal life to emerge. Following the shoreline as a point of meeting between worlds, Salmon seeks to connect nature and society mirroring the coastal town activities with underwater footage and lyrical sound recordings from above and below the water.

Margaret Tait’s Orquil Burn (1955) follows the course of an Orkney burn, from sea up to its source. Narrated by Tait, the film offers a wondrous portrait of a burn which ran past her uncle’s farm, intertwining her memories of the burn with the new sights and sounds she encountered while making the film.

Margaret Salmon (b. 1975, New York) lives and works in Glasgow. Concerned with a shifting constellation of relations, such as those between camera and subject, human and animal, or autobiography and ethnography, Margaret Salmon’s films often examine the gendered, emotive dynamics of social interactions and representational forms. Solo exhibitions of her work have been held at institutions including DCA (2018/19), Tramway (2018) Staatsgalerie Stuttgart (2015); Contemporary Art Museum St. Louis, USA (2011); Witte de With Centre for Contemporary Art, Rotterdam (2007); Whitechapel Art Gallery, London (2007) and Collective Gallery, Edinburgh (2006). Her work has been featured in film festivals and major international survey exhibitions, including the Berlin Biennale (2010) and Venice Biennale (2007) London Film Festival (2018, 2016, 2014). Salmon won the inaugural Max Mara Art Prize for Women in 2006, was recently shortlisted for the Jarman Award 2018 and the 2019 Margaret Tait Award.

“A poem started in words goes on in the picture; part of quite another (finished) poem is read for the last of the nine.  Out of my own memory and thought, I find the external scenes to make a picture from.”

A burn in the Orkney Isles is followed
all the way from its last
waterfall over the
sea banks at Scapa
past distillery and farms
under bridges and
over waterwheels, through
its man-made diversions
and natural
vagaries to its
source
among the heather.
Flowers by the banks,
boys sailing boats,
animals on the farm
and the everlasting
dance and music of the water itself
are the stars.