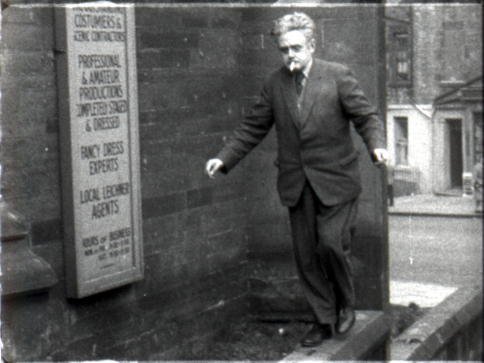 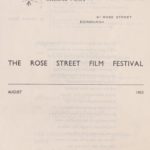 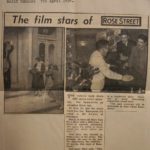 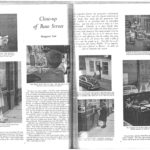 We are excited to return to Margaret Tait’s native Rose Street for a unique programme of films to mark her 101st birthday and the close of the Margaret Tait 100 centenary celebrations.

The Edinburgh studio of Tait’s Ancona Films was based at 91 Rose Street and from here she produced work throughout the 1950s and 60s which often took the place and its people as its subject. In the 1950s, Tait organised the eponymous Rose Street Film Festival showing work by Fernando Birri, Peter Hollander and herself.

Located above The Abbotsford Bar, a key meeting place for the Rose Street poets, of which Hugh MacDiarmid was a leading figure, this screening includes key 16mm works made on and around Rose Street—Hugh MacDiarmid: A Portrait (1964); On the Mountain (1974)—alongside her final film, Garden Pieces (1998), and These Walls (1974) in a newly discovered version which includes a full soundtrack, only recently digitised as part of artist and filmmaker Luke Fowler’s ongoing research into a new feature length work on Tait.

Tait never considered herself a part of the Rose Street poetry scene, remarking:

‘All very nice and Milne’s Bar-ish and Abbotsfordish.  But I’m not up to it at present, not equal to it.’

This reimagined 2019 Rose Street Film Festival seeks to challenge that idea, remembering Tait’s legacy in the place it was forged.

Elsa Richardson will lead a reading group ahead of the screening at The Melting Pot, 1.30–1.30pm. Please book separately.

This Margaret Tait 100 event is co-organised with artist and curator, Lydia Beilby, who will oversee film projection.

The screening will take place in The Melting Pot‘s Workshop Space on the top floor at 5 Rose Street. The building has step free access to the ground floor and a lift to all floors. The Workshop Space is fitted with a hearing loop.